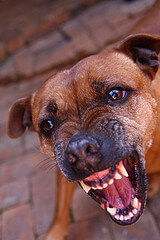 The Kentucky Supreme Court recently reached a decision, which now makes a landlord liable if a tenant’s dog attacks someone on the leased premises. In the plurality opinion, it was determined by that court that the landlord would be considered the statutory owner of the dog if the landlord agreed that the dog could be kept on their leased premises.

What does this recent ruling mean in regards to dog attacks on rental property?

Under the new statues, the landlord takes responsibility of a dog when they allow a tenant to have the dog on or about their property. In order to be considered “on or about” the leased property, the dog attack incident would have to occur on the leased premises or within immediate physical reach of it, such as a sidewalk that butts up against the property.

How should landlords feel about this ruling?

As a result of this new ruling, landlords must now consider all potential issues in regards to allowing a tenant to own a dog. It would be wise for a landlord to ask their tenants about the potential for their dogs to become aggressive. It is also imperative for them to ask about any past incidents that may have occurred with the dog in question.

How to know if a dog is about to attack?

If you come across a dog and are worried about the potential of an attack, look for the following signals, which indicate a dog is uncomfortable with your presence and may attack:

What should be done if a dog attack occurs?

If you are a victim of a dog attack, you should follow these tips:

If you or a family member have become a victim of a dog attack, you should contact an injury attorney. You or your family member could be entitled to compensation due to injuries sustained during a dog attack.

Furthermore, because of the recent rulings discussed above, you may be able to seek compensation from not only the dog owners themselves but from individuals who own the land on which the dog attack occurred. The two main goals achieved by bringing a case after a dog attack is to keep dangerous dogs away from the public thus preventing them from harming anyone else, and to acquire financial help in dealing with injuries sustained during the dog attack incident.