Cerebral palsy (CP) is a group of neurological disorders that can affect the motor function, muscle tone, and intellectual abilities of the individual. Cerebral palsy lasts for life, and diagnosis typically occurs at birth or in the months after. While certain things can increase the risk of having a baby with Cerebral palsy, doctors don’t always know what causes this condition. In some cases, medical malpractice is the reason children end up with cerebral palsy. If you believe this is the case with your child, contact the Louisville birth injury lawyers at Meinhart, Smith & Manning, PLLC. Your family could be eligible for compensation while also playing an integral role in preventing future birth injuries like Cerebral palsy in your hospital.

What Birth Injuries Can Cause Cerebral Palsy?

Cerebral palsy is the most common childhood disability. Cerebral means that a disorder relates to the brain. Cerebral palsy stems from issues with a child’s brain during pregnancy, delivery, or shortly after birth. If the area of the brain responsible for controlling movement suffers any kind of harm that prevents it from developing as it should, cerebral palsy can result. If someone is born with Cerebral palsy, the condition is “congenital.” If Cerebral palsy happens because of an injury after birth, it’s “acquired.” Different birth injuries that could cause CP in an infant include:

Mistakes medical providers can make that result in a child’s Cerebral palsy include failing to monitor fetal vital signs, failing to detect umbilical cord problems, failing to order an emergency cesarean section, failing to diagnose and treat excess bilirubin, and misusing birth-assisting tools resulting in brain injury. If you suspect that someone was negligent in a way that caused or contributed to your child’s cerebral palsy, arm your family with a Louisville medical malpractice attorney who specializes in birth injuries. Legal representation can make all the difference in the outcome of your medical malpractice claim in Kentucky. 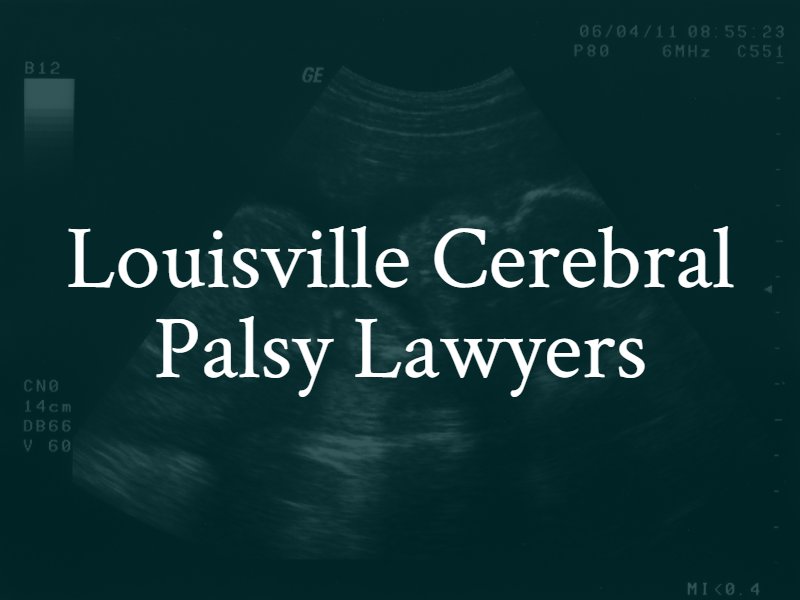 Cerebral palsy affects people in different ways and there’s currently no way to predict how much of an impact CP will have on a child’s life. Some people with cerebral palsy only have mild issues with muscle movement, while others cannot walk at all. Some notice changes with intellectual ability, while others do not. Cerebral palsy is a lifelong condition with no known cure. At Meinhart, Smith & Manning, PLLC our Louisville CP lawyers believe the very least a family dealing with cerebral palsy deserves is just compensation for their damages. We work hard to achieve maximum recovery for our clients with cerebral palsy claims, making up for losses such as:

Our Louisville medical malpractice firm has secured six- and seven-figure settlements and verdicts for clients with permanent injuries or disabilities such as cerebral palsy. We extend our legal services to all counties in Kentucky. If doctors have diagnosed your child with cerebral palsy, receive a professional legal opinion on your case during a free case evaluation with one of our Louisville cerebral palsy lawyers. We’ll discuss your child’s condition and any potentially related birth injuries or complications, and file a medical malpractice claim on your behalf if applicable. We want to secure justice for your family. Call (502) 589-2700 to get in touch with our Louisville injury lawyers today.