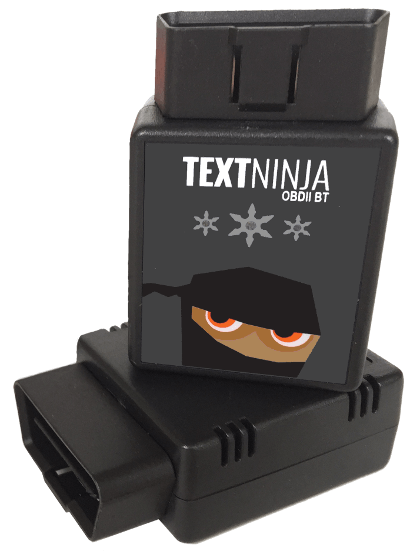 A start-up company thinks it has a solution to one of the worst problems we face on the road today — accidents caused by distracted drivers. This brand new, five-person Chicago company, called TextNinja, has created an app that combines technology, psychology, and gaming rewards to stop people from texting while they drive.

A Computer Game That Can Save Lives

It might sound unlikely that a computer game could save lives on the road, but there is a compelling idea behind the TextNinja app.  The app is based on the idea that many drivers know full well they shouldn’t text while driving, and these drivers intend to do the right thing, but then they get tempted by their phones.  Despite all their best intentions, they just can’t resist reaching for their phones when they hear the signal that a text has come in.

The problem is extremely serious.  In Kentucky, an astonishing 30 percent of road accidents where people were injured were caused by distracted drivers. Surprisingly, that’s even more than the number of injury-producing accidents that were caused by alcohol.  In 2014, distracted driving contributed to 20 deaths and more than 9,000 injuries on the road in Kentucky alone.

TextNinja uses a multi-pronged approach to shore up users’ willpower. First, the app removes the temptation to look at texts by turning off the sound of incoming texts. Users can also optionally have an automatic reply sent out saying they can’t answer the text at that moment because they are driving.  The gaming aspect of the app rewards users with levels and “ninja belts” that increase the more that users stay off their phones while driving.  People can also choose to compete for rewards with their friends.

The beauty of this system is that it is aimed at people who are already aware they shouldn’t be using their phones while driving. It doesn’t require lecturing people about things they already know. Instead, it gets at the psychological factors that underlie much of the unsafe driving behavior that has become so common.

Risky Behavior Caused by Fear of Missing Out

TextNinja says that what drives people to pick up their phones when they know they shouldn’t is the fear of missing out.  This malady is so common, not only in driving but in life, in general, especially among young people, that it now has its own popular acronym, FOMO.  What if the text that has just come in, a FOMO sufferer may wonder, is a life changing opportunity that must be grasped immediately before it slips away.

Logic doesn’t help.  In reality, most texts are not very important and don’t need to be dealt with right away.  But the fear that puts the “F” into FOMO can override logic and common sense.  It can compel people to do things they know they shouldn’t.  As a result, they may invent excuses, telling themselves it can’t hurt to just glance at the phone for a second.  Before they know it, they may have gotten absorbed in the text message and be at risk of causing an accident.

By providing psychological rewards in the form of gaming points, the app turns the addictive power of smartphones on its head and uses it for a good cause.  The FOMO-driven smartphone addiction — the inability to resist looking at or responding to a text even when people promise themselves they won’t — is what causes so much distracted driving in the first place, and the app counteracts that bad behavior with what will hopefully be equally addictive game rewards. In time, the repeated good behavior will become a habit — and a safer driver will be born.

The TextNinja app has just been launched, so it’s too early to say whether it will have a significant effect in saving lives.  The idea sounds like a good one, and anything that might help reduce distracted driving accidents will be very welcome on our roads.  For now, though, distracted driving accidents are unfortunately all too common. If you have been injured in a vehicle accident, and you need an experienced accident lawyer to help you get all the compensation you deserve, the Louisville personal injury attorneys at Meinhart, Smith & Manning, PLLC would be glad to set up a free consultation to discuss your options.