Advanced Maternal Age of a Mother: A Risk Factor? 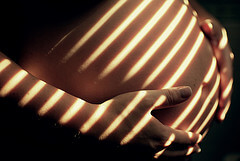 In this day and age, women are having children a bit later in life. While this is obviously a choice individual to each woman, more science is coming to light which indicates that having children slightly later on in life may carry risks with it. It is important to be aware of the risk factors so you can make an informed decision.

Possible Risks of Childbirth at an Older Age

There is a lot of fearmongering, but it is entirely possible, and even probable, that a baby born to a mother over the age of 35 will be perfectly healthy. That said, the risks are real. The most common birth defect in babies born to mothers over 35 is Down Syndrome, which is a genetic disorder caused by abnormal cell division. It can lead to intellectual impairment of varying degrees, as well as possible physical problems, like breathing issues or even cardiovascular problems.

Another possible risk is for congenital heart defects. As a woman ages, her eggs are more likely to divide and multiply incorrectly, which can cause problems of all kinds, notably breathing issues and anemia.

Most of the risks associated with a mother over 35 are due to abnormal division of the egg cells, also called nondisjunction. One of the major effects of nondisjunction is that sometimes chromosomes either do not match up or there is a chromosome missing in the resulting fetus – hence, the prevalence of chromosomal birth defects like Down Syndrome and Fragile X syndrome in slightly older mothers.

There are also certain risks to a mother who is giving birth for the first time over age 35. Women over 35 have much higher risks of gestational diabetes, which can lead to the baby growing too large for the birth canal and causing injuries to mother and baby. Also, cesarean section births are much more common in older women, and a botched cesarean section can cause major complications.

There is one advantage that older mothers apparently have over younger mothers in terms of birth defect risks. According to a study run by Dr. Katherine Goetzinger at Washington University in St. Louis, mothers over 35 have a 40% smaller chance of having a child with major congenital malformations such as kidney and abdominal wall defects. The research is still being vetted, but it helps to assuage some of the worries older women may have about becoming pregnant.

How To Safeguard Your Health

There are a number of things that older mothers can do to ensure they have smaller risk of fetal birth defects and also minimize the risk to themselves. Some things are common sense – for example, avoiding alcohol, tobacco and drugs during pregnancy is something every woman should do. However, there are suggestions aimed specifically at older mothers. It is important to get enough folic acid in your diet – folic acid helps reduce the risk of neural tube defects in babies, and there are specific amounts which are prescribed for pregnant women to have. Another directive specifically for older mothers is to be extra careful about how much weight you gain and when – gaining too much right away can tax the body significantly.

If something does happen to your baby, it could be the fault of your doctor or hospital – poor information or mishandling delivery sadly happens. If you have questions, we may be able to help. Contact our Louisville birth injury lawyers through our contact form or at (502) 589-2700.