Here’s a frightening statistic: More than 250,000 people die each year in the United States because of medical errors.

According to a recent analysis by Johns Hopkins University, medical mistakes outrank the official third-leading cause of death — respiratory disease — among Americans. The Centers for Disease Control doesn’t give medical errors their own category on death certificates, although the problem is significant. If you’ve reached this page because you or someone you know has suffered a personal injury in Kentucky caused by malpractice, contact our Louisville medical malpractice lawyers today to schedule a free initial consultation. 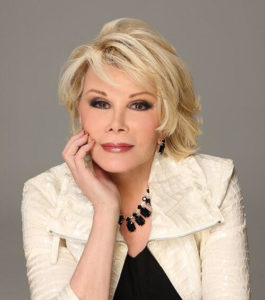 In 2014, legendary comedian Joan Rivers died several days after going to an endoscopy clinic in Manhattan for a routine procedure. In a medical malpractice suit, her daughter alleged that doctors performed procedures for which they had not received authorization. In addition, the lawsuit accused doctors of taking “selfie” photos with Rivers and not acting as she began to show signs of distress.

Following an investigation, the Centers for Medicare and Medicaid Services noted that the clinic made several medical mistakes, including taking the photos and failing to keep accurate records. The family’s attorneys announced in May that the lawsuit had been settled but did not disclose the amount or terms of the settlement.

In many other cases around the country, juries awarded multimillion-dollar settlements to victims in 2016.

A lawsuit against the University of Chicago Medical Center resulted in a jury award of $53 million for a 12-year-old boy and his mom.

The damages included $28.8 million for future expenses to take care of the boy, whose brain injury at birth left him with cerebral palsy. The boy is confined to a wheelchair and cannot feed or care for himself.

The award is the biggest ever in Cook County, according to media sources.

In July, attorneys announced an $8-million settlement to compensate 43 patients who were victims of Farid Fata, a Michigan cancer doctor who allegedly treated patients unnecessarily and billed fraudulently. The settlement ends a lawsuit that also named three different health systems or hospitals.

An attorney representing several victims noted that medical malpractice laws in Michigan impede victims from collecting significant damages, capping each claim at $438,000 with no exclusions even for egregious cases.

In 2011, an Illinois doctor performed a 25th surgery on a 6-year-old boy, leaving him with cerebral palsy and permanent brain damage. In the course of treating the child, who was born with several medical problems that were not life-threatening, the doctor allegedly performed several surgeries that included unproven medical techniques.

The family filed a medical malpractice lawsuit, alleging in part that the doctor acted negligently when he operated on the child for a second time shortly after a first surgery.

In April 2016, a Philadelphia jury found the Hospital of the University of Pennsylvania to have 65-percent liability for staff members’ failure to notice a woman’s detrimental reaction to the anticoagulant drug Heparin. The attending doctor in the case was found to be 35-percent liable.

The drug was administered to treat a benign brain tumor and caused the victim to suffer a catastrophic brain injury and paralysis. The woman was awarded $44.1 million in the resulting medical malpractice case.

A California mother and her 3-year-old child were awarded a $20-million settlement — the largest in state history for medical malpractice — after a feeding-tube error following the girl’s birth.

In 2013, little Sophia was born premature but healthy. Four days later, her mother entered the newborn ICU to find her baby pale and not moving. Because of human error, the machine attached to the baby’s feeding tube did not operate properly, giving the child too much glucose and resulting in imbalanced electrolytes. Sufficient oxygen couldn’t reach Sophia’s brain, and she suffered brain damage and cerebral palsy.

A couple who had sought a natural birth were awarded $16 million after claiming that a hospital’s advertising campaign was recklessly fraudulent and the medical care was negligent.

The couple’s lawsuit stated that during the woman’s labor, she expected to be able to rest on her hands and knees. Instead, hospital staff restrained her, forcing her to lie on her back. In addition, a nurse put pressure on the baby’s head to postpone the delivery, the suit charged.

As a result, the woman suffered debilitating nerve damage that causes her significant pain. The jury awarded the couple $10 million in compensatory damages, along with $6 million in punitive damages.

As these examples of medical malpractice demonstrate, victims of negligence by medical professionals can and do receive compensation for their injuries. If you’ve been harmed in a hospital or through the actions of medical personnel, you may be entitled to financial restitution for your suffering, lost wages and medical costs. For a free review of your case, please contact the Louisville personal injury lawyers at Meinhart, Smith, & Manning, PLLC.