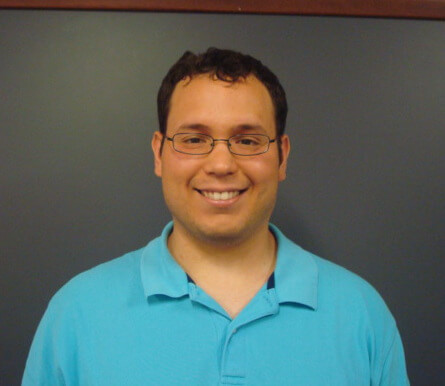 Often, past events have a profound impact on future plans, even when those events don’t necessarily seem all that tragic at the time. So is the case with this year’s winner of the Meinhart Smith & Manning PLLC Scholarship, Alexander Turner, who is determined to turn the misfortune of family members into a driving force to pursue legal justice for all.

Turner, who hails from Africa but has deep family roots in Brazil, experienced his first brush with personal injury as a high schooler when his cousin was accidentally electrocuted. His cousin, who resided in Brazil, was playing soccer when he touched a live, exposed electrical wire. It was later learned that the wire has been tampered with by neighbors who were using it to steal electricity. Later, tragedy struck again when his elderly Brazilian grandmother was struck by a motorcycle. Though she survived, she had a difficult and long recovery and was compensated only for the loss of her glasses which had been destroyed during the accident.

These events ignited a fire in Turner who became determined to fight for those who have been personally injured by negligence, especially those who cannot afford to seek legal counsel. This desire to assist those in need was further reinforced when he visited New Orleans in the wake of Hurricane Katrina. As he helped to rebuild houses and clean up the streets, Turner noticed the drastic difference between socioeconomic levels in the New Orleans area. You see, nearly all of the areas that were destroyed were of lower economic status. Those with higher incomes had built homes that were out of harm’s way or of better construction. Thus, they were relatively unaffected by the storm or flooding.  A Gallup poll conducted six weeks following Katrina’s devastation provides proof that the poor and African-American residents of New Orleans were more likely o suffer from the effects of hurricane Katrina than those in other economic or racial groups. That is when Turner began to understand the plight of marginalized people, those who are too poor to seek recompense for the wrongs done against them.

Turner graduated as the valedictorian of East High School in Iowa before heading to college and earning a degree Political Science. He has received numerous distinguished honors for his academic and extracurricular efforts. Some of these honors include participating in the Fox Leadership Program in Rodin College House and acting as the news director for UTV 13 at the University of Pennsylvania, which is the oldest college TV station in the world.

Turner will begin his legal studies at Drake University Law School in Des Moines with a commitment to their public interest and poverty law internships and programs. He is determined to become a successful public interest attorney by utilizing every learning opportunity available to him. In addition, he has a strong interest in learning about trial law and the civil justice system. Following graduation in 2018, Turner hopes to begin work as either a public defender, a prosecutor or in legal aid. He will have abundant job opportunities available to him once obtaining his Juris Doctor, given that the demand for lawyers is expected to rise by 10 percent by the year 2022.

The $1,000 Meinhart Smith & Manning PLLC Scholarship was created to help offset the cost of pursuing a legal degree for students who have been personally affected by past personal injury cases. These events include misfortunes such as medical malpractice, automobile accidents, and other personal injury accidents. It is the belief of Meinhart Smith & Manning that these deep personal experiences fuel a passion for seeking justice in the personal injury field, and the firm wants to support qualified students in their pursuit of justice for others.