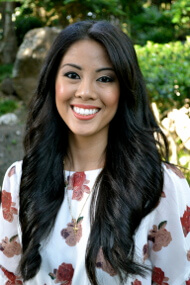 When our law firm asked scholarship applicants to write an essay about how medical malpractice or injury from negligence affected their lives, the response was overwhelming. Among the applications submitted, one stood out. April Liwanag told the story of how physician overconfidence led to a delayed diagnosis when her mother contracted breast cancer.

April, a student at Michigan State University College of Law, was awarded the 2014, Meinhart Smith & Manning, PLLC Scholarship to continue her studies. The $1,000 scholarship was designed to support those who’ve been directly impacted by a serious injury and who are motivated to help others.

Ms. Liwanag clearly recognizes the dual role injury attorneys have. Getting a full and fair settlement is the primary objective, but by holding those in authority accountable, others might be spared the kind of agony she described.

April’s mother, a nurse, was diagnosed with cancer in her right breast. A mass in the left breast was thought by physicians to be benign and ignored. Multiple surgeries on the right breast eventually culminated in complete removal on that side. Meanwhile, the undiagnosed cancer in the left breast continued unabated and untreated. It wasn’t until April’s mother insisted on a biopsy that this second danger was revealed. Treatment had been delayed two months and resulted in a second mastectomy, repeating all the emotional upheaval, surgery, and recovery.

“A thought I do not like entertaining is what if my mother had not demanded the biopsy on her left breast? Unfortunately, many people do not have the knowledge and assertiveness as my mother had to question her doctors’ recommendations,” April wrote.

Thankfully, her mother survived the ordeal and is currently in remission.

The kind of adversity suffered by April and her family has a real power to reshape lives for the better. We are confident that April will make an excellent injury law attorney, in no small part because of her experience.

We know from our work here in Kentucky that April’s story isn’t unique, and we are happy to help her achieve her educational goals and to move on from the tragedy.